Following his last wish, family members of the late alumnus Mr Lee Yuk-wang has donated his valuable Lingnan collections, including graduation certificates, medals, music scores and song books received and collected during his study, as well as copies of the Lingnan Newsletter he published as chief editor. The donation ceremony was held on 28 June at the Lingnan University Archives room in the Fong Sum Wood Library on campus.

On 6-8 June, 80 Guangzhou Lingnan (University) College students met 92 counterparts from Lingnan University in an exchange programme on campus, which included sports and debate competitions, as well as a sharing session, to enhance understanding and build friendships.

About 60 Lingnan students, primary school students and senior citizens of the Elder Academy at Lingnan participated in the Cultural Sustainable Project organised by Office of Service-Learning to re-discover local culture and history, and to foster closer relations between the elderly and the youth.

A 17-member delegation of Lingnan visited the Michigan State University, Michigan Campus Compact and eight liberal arts colleges in the US on 1-10 June to share their views on different models and practices of service-learning.

Alumni Homecoming 2014 was successfully held on 12-13 July, welcoming more than 600 alumni, their families and friends.

With the completion on 13 July of the Shanghai-Hongkong Future Leaders (Lingnan Elites) Internship Programme launched this summer, 34 students shared their seven-week internship and visit experiences at the closing ceremony on 11 July in Shanghai.

Please click HERE for the sharing session (in Cantonese). 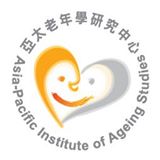 Lingnan University calls for the establishment of a joint clinic of traditional Chinese and Western medicine for gynaecological patients in Hong Kong, in view of their high recognition of the efficacy of traditional Chinese medicine and strong interest in mixed therapy, according to a recent survey conducted by its Asia-Pacific Institute of Ageing Studies (APIAS).

“How do you pronounce ‘Rednaxela’ in Rednaxela Terrace in Mid-levels, Hong Kong Island? It is hard even for native speakers, isn’t it? If you take a closer look at the name, you will realise it should have been ‘Alexander’, but for some reason it was spelt the other way round,” Prof Lau Chi-pang of Department of History, Lingnan University, told the audience at the public seminar on “Hong Kong History Behind the Street Names” on 15 June.

Sixth Forum on Contemporary Poetics by Centre for Humanities Research

The Sixth Mainland China, Hong Kong, Macao and Taiwan Scholars’ Forum on Contemporary Poetics was held on 6-7 June to discuss the latest research on contemporary poetics in Greater China.

Lingnan’s Department of Visual Studies joined hands with Yuen Long Town Hall and the Board of Management of the Chinese Permanent Cemeteries to foster a sense of community for new arrivals living in Yuen Long and nearby districts through a series of “Hong Kong Our Home” community art projects from January to April this year.

A selection of collaborative picture postcards jointly created by students from four drawing classes of the Department of Visual Studies, Lingnan University and four artist-collaborators was exhibited at the Gallery Rostrum in Malmö, Sweden. An opening ceremony was held on 6 June.

The Chief Executive of the Hong Kong Special Administrative Region has made several appointments/re-appointments to the Council and the Court of Lingnan University.

Two professors will receive Research Excellence Awards of Lingnan University for 2014, while two others Honourable Mentions for their dedication to research excellence.

"Ye Si’s 1950s: Criticisms on Hong Kong Literature and Culture" authored by the late Prof Leung Ping-kwan (Ye Si), Chair Professor of Comparative Literature of the Department of Chinese and Director of the Centre for Humanities Research at Lingnan University, has been named one of the 11 distinguished Chinese books published in 2014.

Lam Wing-yee, Year 2 student of the Faculty of Social Sciences, has been awarded the HSBC Overseas Scholarship to take a one-year course on Geography and Environment study at the London School of Economics and Political Science, UK in the academic year 2014/15. Year 2 students Au Suet-sze from the Faculty of Business and Cheng Ka-lok from the Department of Translation have also been awarded the HSBC Hong Kong Scholarships. They received their awards at the HSBC Scholars Day on 16 July.

Lingnan University was one of the three winning teams in the HSBC Hong Kong Business Case Competition 2014.

A new book co-authored by Prof Lisa Leung, Associate Professor of Cultural Studies of Lingnan University, offers an in-depth, comprehensive understanding of the South Asian ethnic minorities in Hong Kong, at a time when minority rights have become a matter of increasing public concern, and the Equal Opportunities Commission has recently launched a three-month consultation on discrimination law review.

The 41st Volume of Cultural Studies@Lingnan

The 41th Volume of Cultural Studies@Lingnan is now published.

The 40th Volume of Cultural Studies@Lingnan

The 40th Volume of Cultural Studies@Lingnan is now published.