A new biography entitled From Warhorses to Ploughshares: The Later Tang Reign of Emperor Mingzong written by Prof Richard Davis, Dean of the Faculty of Arts, unveils the untold stories of Five Dynasties emperors.

From Warhorses to Ploughshares is a title adopted from the Old Testament verse “They shall beat their swords into ploughshares”, meaning military weapons are converted to peaceful civilian applications. The title well matches the new book on Mingzong of later Tang (Li Siyuan, r. 926-33), the second Shatuo emperor of the Five Dynasties, who, after the fall of his reign, regretted spending too much time on building his army.

This is the second biography that Prof Davis has written on the Five Dynasties emperors, following upon his first biography of Zhuangzong (Li Cunxu, r. 923-26), Lingren, Wushi, Lieshou: HouTang Zhuangzong Li Cunxu Zhuan published in 2009. 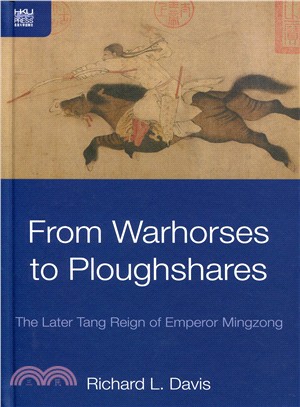