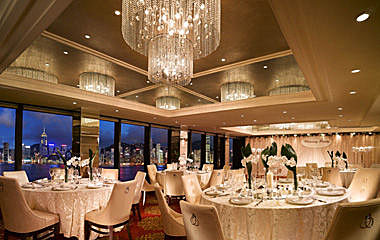 President Leonard K Cheng and senior management of Lingnan University wished media representatives, students and colleagues a healthy Year of the Horse by demonstrating a few steps of the Yang style of Taiji at the Chinese New Year media luncheon on 11 February.

Lingnan University has been featured in the world’s top 200 universities for three of the 10 subjects it is ranked in the latest QS World University Rankings by Subject.

Lingnan’s Department of Visual Studies has held three seminars on museum curatorship and visitor experience on 13 February and 18 February.

Twenty students living in hostels who have received assistance under the Lingnan Education Organization (LEO) Ambassadors Programme in 2013/14 attended a sharing reception at the University Club on 17 February.

The Centre for Public Policy Studies (CPPS) of Lingnan University announced findings of a survey on Hong Kong children’s happiness index on 17 February.

About 150 students from 16 primary schools in Tuen Mun visited Lingnan University on 18 February to have a taste of university life.

Three university records were broken at Lingnan’s Sports Day 2014 held on 26 February, in which 171 athletes participated.

A beautiful selection of 35 small-to-medium-sized sculptures created by renowned Mexican sculptor and ceramist Mr José Sacal are on display in the “ZOOMANITY” exhibition at Leung Fong Oi Wan Art Gallery of Lingnan University.

Fifty paintings by Burmese artists of diverse age, background and interest are on display at the Fong Sum Wood Library of Lingnan University, providing an invaluable window onto a dynamic and complex society, and inspiring new ways of understanding Myanmar, a country that is still largely unknown to the outside world.

More than 700 students, staff and guests of Lingnan University, as well as members of the public, attended the opening performance of Lingnan Arts Festival 2014 – Excerpts of Cantonese opera classic The Purple Hairpin – on 6 March.

Ann Hui talks about her Hong Kong at Lingnan University

“We should follow the footsteps of Chinese creative workers like Lu Xun in the early twentieth century, and regain their passion and concern for social problems. Otherwise we will end up in nihilism or cynicism,” renowned film director Dr Ann Hui said as she shared her thoughts about Hong Kong, literature and film with more than 200 Lingnan students, staff and guests on 11 March.

Book launch of Between: Collaborative Haiku and Picture Postcards

Rico Ng, Year 1 student of the Faculty of Arts, Lingnan University, has recently been presented with the “Hong Kong Young Historian Award”, which was organised for the second year. “Studying history is more than about pursuing knowledge and understanding the dynastic changes and historical cycles. It is more important to learn the wisdom, study and promote it for continuous self-improvement and discovery,” Rico said at the award presentation ceremony.

The fourth Lingnan Arts Festival have opened with excerpts of Cantonese opera masterpiece The Purple Hairpin. The diverse programme that lasts for a full month includes art exhibitions, Chinese, Western classical and jazz music performances, film screenings and seminars by renowned artists, a writer-in-residence and an artist-in-residence.

More...
Seminar on "Fairness in Selling to the Newsvendor"
More...
Teaching Workshop on "Bilingual Pedagogy in the Age of Globalization"
More...
Distinguished Public Lecture on "Corruption: Demand-side and Supply-side Solutions"
More...
Seminar on "大字報、大民主與互聯網絡言論"
More...
Seminar by Writer-in-Residence 2014 on "Literature, in Small Times, in Great Times"
More...
“Television Culture and Hong Kong Society”: Screenings and Talks