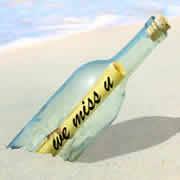 On 6 March, more than 700 Lingnan students, staff, guests and members of the public came on campus to enjoy excerpts of Cantonese opera classic The Purple Hairpin, which marked the opening of the fourth Lingnan Arts Festival.

A total of 204 Lingnan students participated in “Lingather Programme 2014: Alumni Career Advising Night”, organised by the Student Services Centre and the Department of Management, at Sin Cho Ming Function Hall on 5 March.

A total of 42 scholars from the Greater China and US offered new insights on Confucian classics and Chinese poetic arts in the papers presented on 7-8 March on Lingnan campus.

Ann Hui talks about her Hong Kong at Lingnan University

“We should follow the footsteps of Chinese creative workers like Lu Xun in the early twentieth century, and regain their passion and concern for social problems. Otherwise we will end up in nihilism or cynicism,” renowned film director Dr Ann Hui said as she shared her thoughts about Hong Kong, literature and film with more than 200 Lingnan students, staff and guests on 11 March.

Music on the Grass Concert at Lingnan

The second annual “Music on the Grass Concert”, organised by four students from various departments, was held on the lawn near the Southern Hostels on 12 March.

In a recent interview with Smile Family of Radio Television Hong Kong Radio 5, President Leonard K Cheng spoke on Lingnan’s liberal arts education, his childhood and teenage memories, and the development of the Community College at Lingnan University (CCLU) and Lingnan Institute of Further Education (LIFE).

Living up to the motto of “Education for service”, 37 Lingnan students were sworn in on 21 March to become volunteers of the 17th Project X to serve youngsters in need in the coming year.

President Leonard K Cheng was invited to join about 120 students, alumni and staff at the annual dinner of The Jockey Club Hall E with the theme of “Hogwarts Night” on 24 March at the Cityview, Yaumatei.

Nobel-nominated Polish poet Adam Zagajewski read at a poetry recital in Hong Kong on the evening of 25 March.

Three local and one Mainland students of Lingnan University were awarded The Hong Kong Jockey Club Scholarship 2013 on 20 March.

Serwing Lo, Year 3 student from the Department of English of Lingnan University, has recently won the first runner-up prize (university category) at the International New York Times Writing Competition 2013 “Word (World) of Yours”.

The 39th Volume of Cultural Studies@Lingnan

The 39th volume of “Cultural Studies@Lingnan” is now published.