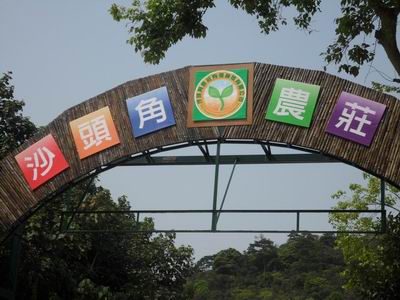 A record-breaking participation of over 1,300 Lingnanians in the Lingnan University Fundraising Walkathon

The sixth “Walking with Lingnanians” Fundraising Walkathon organised by Lingnan University today (25 October) has drawn a record-breaking participation of over 1,300 Lingnanians, with HK$2.8 million being raised in support of the University’s whole-person development programmes.

Lingnan scholars join discussion on the “Belt and Road Initiative”

Prof Wei Shangjin, Chief Economist of the Asian Development Bank, delivered a lecture on the topic “A Smarter Future: Education, Skills, and Growth in Asia” at the Distinguished Lecture Series organised by the Department of Economics, Pan Sutong Shanghai-Hong Kong Economic Policy Research Centre and MSc in International Banking and Finance.

Department of Visual Studies is now staging an art exhibition on “Resonating with Creative Minds” from 22 October to 27 November at the Fong Sum Wood Library to mark the 10th anniversary of its Artist-in-Residence programme.

The annual Info Day was held on 24 October this year to introduce to students, teachers, parents and the general public features of Lingnan’s liberal art education, as well as admission information of its undergraduate programmes in 2015/16.

This year marks the 10th Anniversary of the inauguration of Service-Learning at Lingnan.  To celebrate the fruits of Service-Learning and further promote this pedagogical tool, the University will organize a series of symposiums focusing on faculty, community, students and regional partnership respectively.

Festive atmosphere filled the campus of Lingnan University as the International Day 2015 was held on 28 October.

The past month is a fruitful one that witnessed encouraging development in the University’s effort to extend its international exchange and research links.

A teacher-student partnership from the Department of Economics was awarded a €300,000-Euro research grant to initiate a two-year research project which aims to alleviate poverty among North Ethiopian farmers.

According to the QS World University Rankings by Subject 2015, Lingnan was ranked between 9 and 16 in Asia in the subject of philosophy.

The 48th Volume of Cultural Studies@Lingnan

The 48th Volume of Cultural Studies@Lingnan is now published.

The Centre for English and Addition Languages’ Newsletter October 2015 issue is now published.