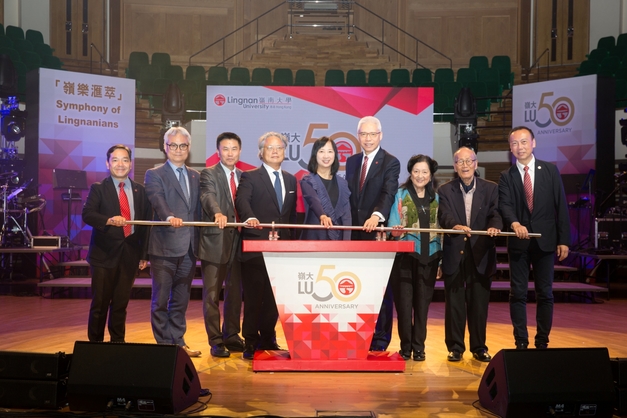 The “Symphony of Lingnanians” successfully held on 2nd October marked the Closing Ceremony of the 50th Anniversary of the Re-establishment of Lingnan University in Hong Kong. Over a thousand attendees including guests, alumni, students, staff and friends of the university joined the spectacular event giving a perfect conclusion to the golden jubilee celebration.

As the Chairman of the Organising Committee of the 50th Anniversary of the Re-establishment of Lingnan University in Hong Kong, it has been my great honour to work with the Lingnan Community in executing momentous events this year to mark this important milestone. Every event had its own meaning and purpose, and were all equal in importance. My deepest gratitude goes to all members of the Organising Committee including the Chairman of the Lingnan Education Organisation, the Lingnan University Alumni Association (Hong Kong), representatives of Council and Court members, and all the university’s faculties, academic departments and administrative units for their wholehearted support and unfailing devotion in marking another milestone in Lingnan’s history.  I thank all fellow Lingnanians for their boundless support and love for the university that made our celebrations even more significant.

We shall continue to build upon the University’s achievements and success over the last fifty years and move into the next fifty with great confidence. I look forward to working with you in making Lingnan University a leading-edge liberal arts university with excellence in research and teaching in Asia, of Asia, and for Asia.

Have a wonderful year ahead! 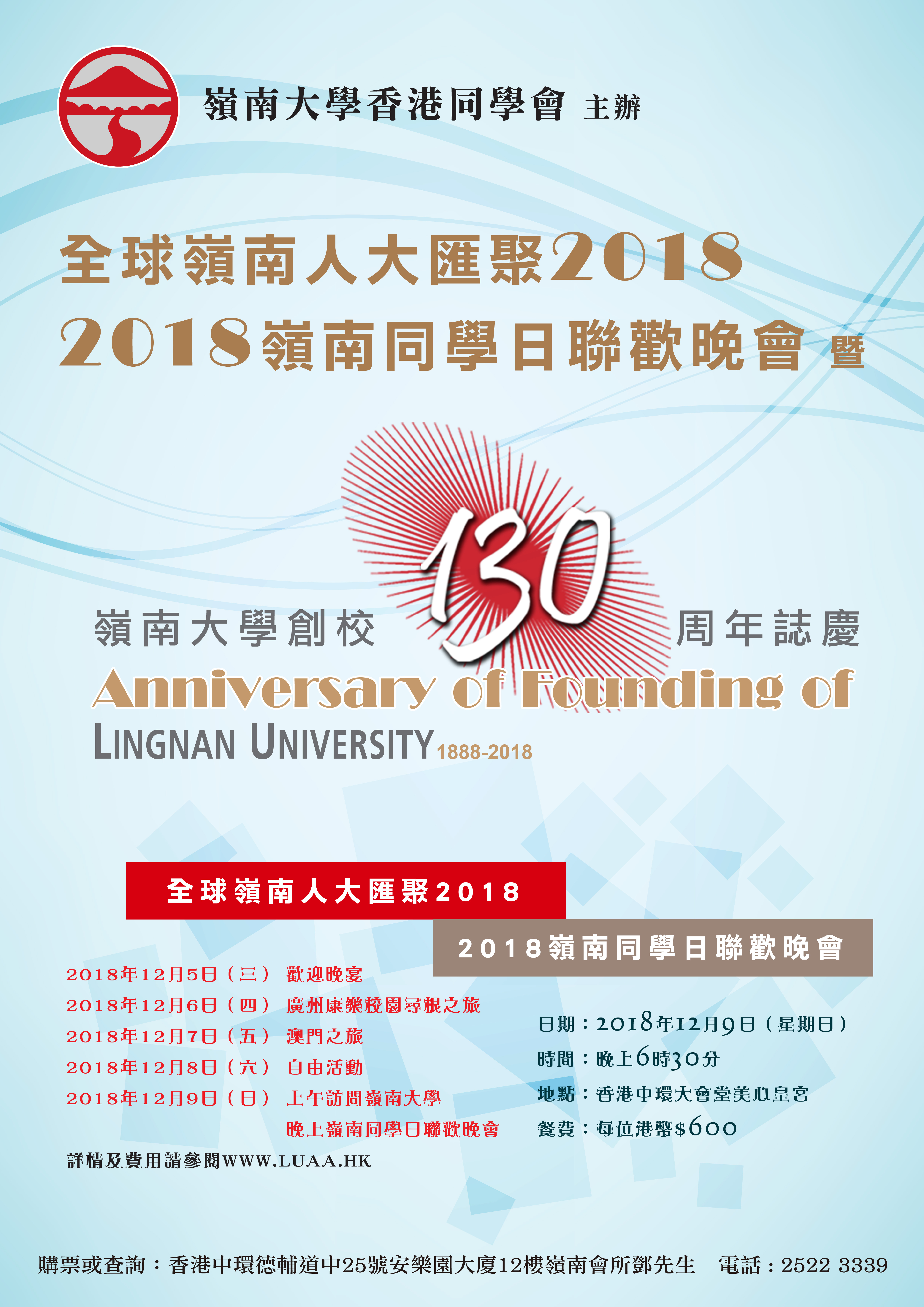 “Symphony of Lingnanians” – The Closing Ceremony of the 50th Anniversary of the Re-establishment of Lingnan University in Hong Kong was held on 2 October at the Concert Hall of the Hong Kong Cultural Centre. More than one thousand guests, alumni, students, staff and friends of the University joined the ceremony to give a perfect conclusion to the golden jubilee celebration.

Lingnan University will confer honorary fellowships upon four distinguished individuals in recognition of their outstanding achievements in their respective professions and valuable contributions to the well-being of society.

A ceremony will be held at Chan Tak Tai Auditorium, Lingnan University on 11 October 2018 (Thursday) to confer the honorary fellowships.